Been a while since the last update.  Still trying to put our brains back together after the awesome time in Australia (thanks Pete!)  If you missed out on grabbing one the super limited 7"s put out for that tour, fret not: you can download the tracks for free here. If you need to hear on vinyl (and we'd say ya do) the songs have been re-recorded anyway for our next as-of-yet un-named LP.  It's officially in the can and should be released sometime in the spring.
As for upcoming shows theres this.... 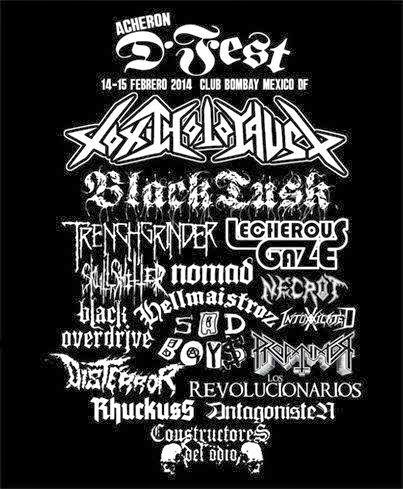 And right after that will be a free show in San Francisco supporting a legendary 80s hardcore band you may know to be a favorite of ours. It will definitely be a bl'ast!
After that will be touring out to SXSW and back doing quite a bit of gigs with our pals, Dirty Fences from Brooklyn.
In the meantime pick one of these up... 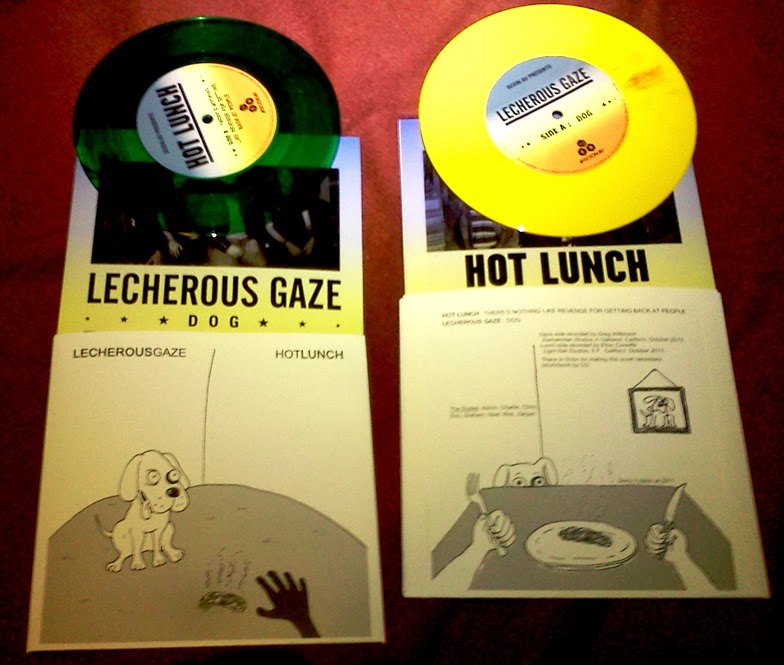 Its our split 7" with Hot Lunch released by limitedly by Scion (yeah, the car company). 600 or so of these bad boys and we got  1/3 of em! We made our own crummy limited cover for a bunch of our copies cuz we thought the ones Scion made were even crummier (remember its a car co., not a record label).  They'll be available here for $10 ppd. in the US.  $15 the rest of the world.
See you in Mexico...

Lecherous Gaze
Oakland, CA, United States
#1 Rockin' band in the entire World... Like the prow of a mighty ship cutting through a sea of turd, Lecherous Gaze carry on the legacy of bands like the MC5 and Black Flag to bring dangerously heavy rock back to the masses.